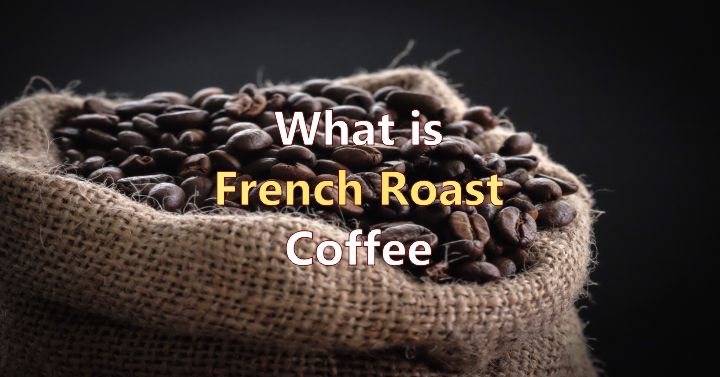 What is French Roast Coffee? All You Need to Know

Many people choose French roast coffee, and it is simple to prepare and delicious. The coffee in this example has a smokey sweetness to it and even tastes burnt at times. Some coffee connoisseurs have dubbed it “burnt.”

Coffee comes in so many different flavors and roasts that it can be hard to keep track of them. What are dark roasts? How are they different from French roasts, and how are they the same thing?

Wait, is a French roast even dark? Is it a light roast? Turkish coffee is also good, but what about that? No, it’s French roast. It can be hard to learn everything about coffee first, especially if you’re a new or budding coffee fan.

So, let’s look at some coffee facts together. We’ll discuss all you need to know about French roast coffee, including its manufacture.

What is a French Roast Coffee?

When you think of French roast coffee, it sounds like it’s not very dark. It is a dark-roasted coffee, one of the darkest on the market. The word “French” in its name doesn’t mean that the coffee beans come from France. It refers to the French method of roasting beans.

Because the French roast process cracks the coffee twice, some people call it double roasted coffee.

You’ll know you have French-roast coffee beans when the beans have a dark brown, dark chocolate color and a shiny, oily look.

When you drink it, you’ll be able to tell it’s French roast because it has a unique smoky-sweet taste and doesn’t say where the beans came from.

What Is the Flavor of French Roast Coffee?

Unlike light roast coffees, French roast coffee beans have a charcoal-like flavor that many describe as smokey and sweet.

French roast coffee tends to cover over the original flavor of coffee beans more than lighter roasts. Typically, these regional peculiarities are lost during the roasting process. The roast flavor masks the genuine flavor of the beans, to put it another way.

French roast coffee contains significantly more caffeine molecules burned off during the roasting process. Even though it contains less caffeine than other types of beans, it is still a good option.

As a summation, below are the characteristics of a French roast:

How is French Roast Coffee Made?

As the roasts get “darker,” the color of the coffee grounds darkens, and more coffee oils appear on the surface. Because of the oil in the beans, they have a dark brown color and a gleaming sheen.

The “second crack” is also described as the “second crack for french roast beans.” As a result of this intense cooking, they produce two distinct cracking noises during roasting:

Most coffee beans shatter only once during the roasting process in most roasts.

While there is a great deal of variation in the flavor of french roast coffees, there are some similarities in how they taste. The oils on the bean’s surface are heated to the point of release, imparting a roasted, smokey flavor to the coffee.

Let’s see how it stacks up against the competition. You may or may not know that there have been light, medium, and dark roasts. Because of this, there’s something for everyone!

Lighter roasts do not require a second crack because they are roasted for a shorter period than medium or dark roasts. Because the oils held within the beans’ cells are less likely to be released, light roasts are less oily than dark roasts.

Because they are not roasted for as long, they preserve a more significant amount of their ‘natural’ flavor profile, herbaceous, fruity, and acidic.

Additionally, it is not roasted long enough to completely burn off the caffeine molecules, resulting in an elevated caffeine level. Surprising.

Light roasts release oil to the surface of the beans, whereas medium roasts don’t. Although they aren’t very acidic, they still retain some of their natural taste and substance after the roasting process, which results in an excellent flavor balance.

The darkest roasts, such as a French, are the most time-intensive to roast among all three kinds of roasts. Therefore, their flavor is naturally the most potent.

We already said that they have an oily sheen and taste somewhat harsh. This is a positive thing for some people, but for others, not so much.

The beauty of coffee roasts is that there are so many now that you can easily choose one that matches your palate exactly.

Interestingly, as roasting determines the quantity of caffeine in a bean, so does brewing time. The more caffeine coffee has, the longer it has been brewed. However, brew time and caffeine are separate articles!

What’s critical to remember is that bean color is NOT a proxy for caffeine concentration.

There are numerous variables to consider when estimating the caffeine concentration of coffee. However, the following indicates where French roast coffee stands: A cup of brewed coffee has approximately 95 milligrams of caffeine.

How about a single espresso? Caffeine content is roughly 63 mg, whereas decaf contains approximately 3 mg each cup.

Again, the long beans are roasted, the longer caffeine molecules must burn off, lowering caffeine concentration.

If you’re going to make a decent, bold cup of coffee, keep in mind that most coffee enthusiasts prefer the drip-brewing method because it allows the beans/grounds to steep. What remains is a robust, smokey cup of coffee.

Like everything else in the world of food and drink, coffee is a highly subjective personal choice, and the basic fact is that you can drink any coffee you choose.

What could be better? Possessing some background information before making your pick – who knows? You, too, may become a coffee connoisseur!

What Is the Quality of French Roast Coffee?

Because it’s difficult to determine how the beans were before roasting, many roasters use less-than-exceptional beans for their French roasts. Rather than that, they tend to focus on the roast’s quality. If you only care about the roast and want French roast, quality is variable, and you should get what you like.

Many people believe that French roast coffee is almost too hot to drink, but it is still delicious (like grilled meat or dark toasted bread). Yes, coffee experts who appreciate the flavor of the beans (terroir) consider it burnt.

What Coffees Have a Darker Roast Than French Roast?

The word ‘dark French roast’ can be found on various coffee packets. This roast is similar to ordinary French roast, except it is darker and oilier. Compared to a typical French roast, it has a more burned flavor.

While dark French roast coffee is a dark roast, go with Spanish roast coffee if you want something even darker. It’s the darkest roast on the market right now.

What Coffee Is a Lighter Alternative to French Roast?

Compared to French roast, espresso is a touch lighter. It is this roast that is most typically used to make espresso shots. There are lighter roasts, such as the Full, as the High and Continental roasts, which are subcategories of the Full roast.

How to Make French Roast Coffee?

French roast beans offer a rich, black flavor and are often used for drip-brewed coffee. It is also possible to brew a superb, robust espresso using a “French press” (sometimes known as a “plunger pot”) from them.

Is it True That This Coffee Is Bitter?

In general, dark roast coffee has a harsh taste because of the roasting process. French roasted beans are no exception to this. Its charcoal-like and slightly smokey flavor reflects this bitterness.

For many people, this results in a pleasant scent and an enjoyable sipping experience, especially when paired with a dark chocolate treat.

To a large extent, this is due to the higher caffeine content of lighter roasts. There isn’t a single option that’s superior to the rest. It all boils down to what each person prefers.

How Strong Is French Roast Coffee?