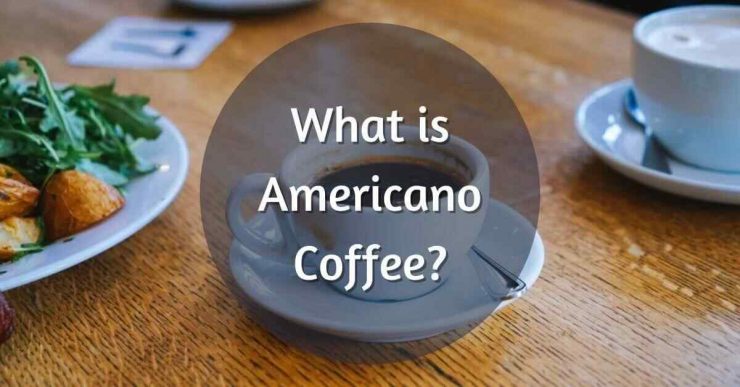 What is Americano Coffee?

If you’ve never tried a variety of coffee drinks before, you may be unsure about which one will be the most enjoyable to consume. Or maybe you’re just curious about the Americano; that’s the reason we’re here, after all.

Please continue reading to learn all about the history of the Americano, what goes into it, how it tastes, and the different varieties.

What Is An Americano?

To put it simply, it’s a dose of espresso with a little hot water added on top. American citizens are well-versed in the fact that Starbucks Americanos can be ordered hot or iced. However, what is in that beverage? and from where did you get that?

Although the Americano is a widely consumed coffee, few people are familiar with its history. According to legend, American soldiers who served in Italy during World War II were turned off by the country’s espresso’s strong flavor.

According to the New York Times, this is how it works:

To make something close to the coffee they drink at home, they diluted it when soldiers in Italy came upon espresso.

By the way, Italians prefer espresso over any other form of coffee drinking (diluted espresso is referred to as ‘dirty water’ in Italy).

To make an espresso, you use high pressure to push water through finely coffee grounds while still hot. It just makes a small amount of delicious coffee, but it’s full of taste. The crema is perhaps the most distinguishing feature of espresso.

The Origins of Caffe Americano

Most historians date the invention of this coffee beverage to the Second World War. The name “americano” may have come from as early as the late 1920s when author Somerset Maugham described individuals sipping one but did not explain how it was created.

A more plausible origin story for Caffe Americano dates back to World War II when coffee was so crucial (and necessary) to the military that the typical serviceman consumed 32 pounds of coffee per year.

There was a lot of coffee to be shipped to Europe by the U.S. Army, but there was never enough for everyone.

While stationed in Italy, US troops were rumored to despise the regional espresso so much that they devised a method to make it more palatable by diluting the espresso with hot water.

The drink was affectionately referred to as “Caffe Americano” by the residents. After a while, the drink’s name and brand recognition spread like wildfire.

Making an Americano at Home

The water content and espresso technique are all you need to know about just this coffee drink after you’ve mastered them. To make an Americano, follow these simple steps:

An Americano vs Brew Coffee: What’s the Difference?

The primary distinction between an Americano and a regular cup of brewed coffee is the amount of milk in the former.

Espresso and boiled water are the main ingredients in an Americano. The keyword here is espresso, and the extraction method is rapid.

Ground coffee and hot water are combined to make brewed coffee, which is then filtered over time.

What Is an Americano Coffee?

To avoid any misunderstanding, an Americano is not merely a cup of coffee. It is an espresso drink (though it may look like one).

Our blog presents a detailed discussion of the differences between coffee and espresso for those interested in learning more about the relationship between espresso and coffee.

An Americano is made by combining freshly drawn espresso shots with boiled water to make a typical cup of regular coffee.

Americanos allegedly became popular in Europe during WWII because American soldiers wanted something similar to their drip coffee.

The Americanos can be flavored with distinctive powders like hazelnut, white chocolate, and mocha.

Also Read: How To Make Whipped Coffee Without Instant Coffee

What Is Brewed Coffee?

There are numerous methods for brewing coffee, including drip, French press, and pour-over. These procedures entail infusing hot water with coffee grounds for a predetermined time.

It takes longer to make coffee this way than it does to make espresso for an Americano.

Which Contains More Caffeine: An Americano or a Cup of Freshly Brewed Coffee?

Caffeine content per ounce is higher in espresso shots than in brewed coffee. On the other hand, Brew coffee typically contains more caffeine per serving because of the bigger portion size.

Americano vs Espresso vs Latte

There are people out there who demand and have asked this question, so here is the difference between the two:

Americano vs. Espresso – If you’re still here and don’t understand the difference between the two, you’re either stoned or not paying attention. This and many other drinks are made with espresso, which is simply a blast of pressurized coffee.

Americano vs. Latte – A latte is a coffee drink made with espresso and foamed milk. It’s a completely different beverage, made with milk and featuring a creamy texture.

Is it customary for you to drink your coffee with cream or sugar? There’s nothing wrong with making an Americano with milk (sometimes known as a “white Americano”), and most baristas are delighted to oblige.

However, adding steaming half-and-half is an even better option. However, your Americano will differ from other espresso drinks such as cappuccinos and lattes.

To make a cappuccino, a shot of espresso is the base, with steamed milk on top and a layer of whipped milk foam. On top of that, vanilla or hazelnut flavors are often added to a latte.

The hot water necessary to make a proper Americano is lacking from all of those drinks, as you’ve surely observed. No two cups of coffee are the same. Therefore there’s no right or wrong way to drink them.

When making an Americano, instead of just using espresso and water, experiment with other flavorings. The typical coffee drink can be spiced up with flavorful syrups or spices like cinnamon.

Don’t add sugar to a coffee Americano after making it if you want to sweeten it. Instead, stir in the sugar and hot water after the espresso has been allowed to sit for a few minutes to dissolve the sugar.

As a result, the Americano won’t have a grainy texture.

Is it Possible to Make an Americano Without Using An Espresso Machine?

In a sense, yes, but it’s a challenge because coffee machines and drip coffee makers use two different brewing methodologies.

An Americano K-cup pod is available from Keurig; the coffee tastes nice, but don’t hold your breath waiting for it to match the real thing’s quality. The Barista “Caffe Americano” ground coffee sold on Amazon is the same way.

With a Nespresso Vertuoline machine, you can get a little closer to espresso’s flavor and consistency because it can make a highly concentrated coffee. While a decent grinder and a French press will get you close, the extra effort will be worth it.

What’s the smartest move? Next time you visit Starbucks or a high-end coffee establishment, get an Americano. You never know if it’ll be your new go-to cup of joe.

Also Read: How To Make Coffee Without Coffee Maker?

What if I want to add milk to my Americano?

You certainly can, and plenty of people do. Like a conventional cup of coffee, an Americano can be enjoyed in the same manner as any other. Some prefer the addition of milk or cream. Many people want sugar, while others do not. Other people enjoy trying new flavors. Enjoy your drink; it’s yours!

How much crema do you get with your iced coffee?

The initial oils that are removed when you take a shot of espresso are a light tan color. The crema is the foamy layer that forms on top of the espresso after it’s been brewed. The crema on top of an Americano is because it is made with espresso.

Also Read: How To Make Iced Coffee With Keurig

When making an Americano, how much water should I use?

This is variable. Any combination of espresso and water will work, but the most common ratio is 1:2.5 (espresso + 2 parts water). The majority of coffee houses are somewhere in the middle of the spectrum.

What’s the best way to make an Americano?

To begin, make an espresso and then adjust the strength with a shot of hot water. If you want, you can first add the hot water to the cup, then add the espresso shot on top of it.

Some people prefer the second method because of the preservation of the crema on top. Some drinkers love their cocktails shaken, while others prefer them properly mixed.

Which drink has more caffeine, a coffee or an Americano?

The caffeine content in a cup of normal coffee vs. an espresso shot is comparable. In a 12-ounce cup of drip coffee, there are around 120 milligrams of caffeine.

The addition of an Americano to your daily cup of coffee is a terrific way to dress up your morning routine without adding a lot of milk and sugar to your cup of coffee.

You can get it at a coffee shop or prepare it at your convenience. No matter how you serve it, this is a straightforward, traditional cocktail that will not disappoint.